A downloadable game for Windows

Here, you're a Tiger, just a few weeks old your mother was trying to protect you against a bear and despite a valliant effort she unfortunately lost her life. Scared. cold, hungry and alone you where rescued by a wildlife protection agency who have put you in a sanctuary until you're big, smart and strong enough to make it in the vast open wilderness. Will you be a skilled hunter? will you have a mate and father your own cubs? will you get revenge for your mothers death? the path you take is not for the weak, can you survive?

While this game is somewhat story driven, the story is placed within a vast, living/breathing open world where survival really is the key. Some features of the open world are as follows:

But, the beauty of this game is, the simple story, the beauty of just being an animal and not thinking or worrying about the mostly superficial mundane tasks and wants of a human, maybe for people to move forward, we must take a few steps back and this game really aims to emphasise on these types of factors.

If in some way you enjoy us as a developer, or this game and want to support it then please make a donation/payment of any amount by following instruction on our PayPal Page as we've already put our own time and money into it, if we do recieve enough to cover costs we will send some of the money to tiger related charities for a good cause.

In order to download this game you must purchase it at or above the minimum price of £1.20 GBP. You will get access to the following files:

We've had another YouTube player ezez game playing Tooth and Claw, annoyingly he was continuously exploiting the spawn glitch we've aware of which is already fixed and will be in the new release.

The tiger will now grow based on it's age, food and water intake and excersize.

along with many AI improvements for the deer behavour which it can now sleep, eat, poop, drink, give various calls

additional prey has been added (you'll have to wait and see what they are!)

there is now another enemy tiger which (we are working on it, you can fight and intimidate, submit, spray your territory to warn him off and vise-versa, this is one of the things we are really working hard on currently, as these core mechanics will be a huge core of the game, and we want to make it very realistic yet fun and rewarding, which is not easy)

The storyboard is almost complete (and what an amazing story of survival, revenge and dynasties)

the first "cut seen" of the baby tiger (you) watching it's mother fight a bear and lose her life, and be taken into captivity :(

We expect this to release next month if things keep running smoothly.

Hey. I played your games and recorded it on a video. It was fun :D. If you want me to delete the video, let me know. Anyway, I enjoyed playing your game.

That was great thank you for that. You even managed to surprise us, the jumping glitch in "Annoying Little Things" is something even we didn't realise you could do - so congratulation!

While you can use the mouse in "Tooth and Claw" it is better to use it completely via keyboard, But we have massive updates on that game coming soon (with fixed controls etc).

Currently with the version you're playing, it also has a full day and night cycle and the animals will behave differently at night.

With the 'baby' mushrooms, a lot of it is very English humour.

We love seeing YouTube videos of our games whether it is just a playthrough or review, please send us a link we'd enjoy watching it!

Thanks, please give it a try and let us know your thoughts, there will be a massive update soon. 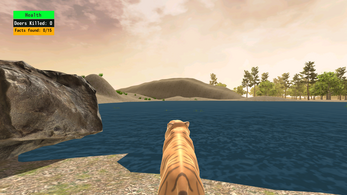 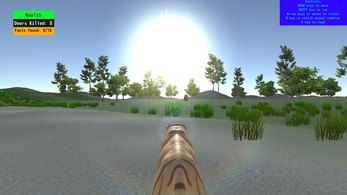